Epidavros, amidst the blue of the Saronic Gulf, well protected by its own smaller gulf of Epidavros, with the scent from the valley’s orange blossoms meeting the sea breeze, with pine trees descending its slopes to offer their shade to its beautiful beaches, Epidavros, traditional yet modern, both tranquil and cosmopolitan, is always ready to welcome travelers whatever the season. It is easily accessible via the EO. Athens – Corinth and the beautiful coastal road. Those coming from Nafplio will enjoy the drive through the countryside. Those who have arrived by ferry boat or “flying dolphin” from Piraeus to Ermioni will take a mountain road before getting to Palaia Epidavros.

Its sheltered location and natural surroundings, the beauty of the landscape and fertility of the soil attracted not only men but also gods. It was here that Asclepios’ most splendid sanctuary was situated. Here yet another important nucleus of ancient Greek civilization was created, a renowned sanctuary, to which the physically and mentally sick resorted for 1000 years to seek a therapy, is situated amidst olive, pine and citrus trees.

Today Epidavros awaits its visitors to alleviate their weary souls from the stress of everyday life. The choice of Epidavros as the site where the main healing sanctuary of the God Asclepios would be established was not a random one. The natural beauty and tranquility of the place exerted, as it still does, a beneficial influence on every human being. In ancient times, numerous pilgrims arrived in the area mainly via the port of Epidavros, where hundreds of visitors from all over the world still arrive today, though not for therapeutic purposes but for cultural reasons. While Epidavros was widely visited in the past by those making a pilgrimage to the healing sanctuary, its visitors nowadays should view their coming to this once venerated precinct as a tribute to culture and art. The famed festival of Epidavros was instituted in the 1950’s thus reviving ancient Greek drama and breathing life into the Theatre of Ancient Epidavros near Asklepios’ sanctuary.

The small theater known as the ”Shell of the Saronic” emerged out of silence with its musical festivals more recently. However, Epidavros does not merely stand for ancient history, drama and culture, it is also a resort offering recreational holidays and an agricultural region. Agro-tourism has developed considerably in recent years and the most characteristic event is the market of local products held in the port of Palaia Epidavros in the summer.

The municipality of Epidavros is newly established and includes the former Archaia Epidavros municipality and Asclepios municipality. The total population is about 8,115 people over an area of 338.06 sq km. The Town Hall is based in Lygourio. It is an agricultural area with cattle and fishing activities but also a significant touristic area with the majority of visitors focusing on Ancient and New Epidavros. The municipality has a number of local clinics and doctors as well as a Health Centre near Lygourion  while a number of soccer fields and basketball and tennis courts fill the athletic options. Other public services include the Police, the Coastguard, Courts, O.T.E. (telephone services) and EL.TA. (postal services). 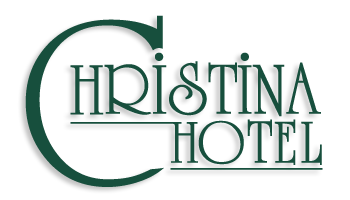